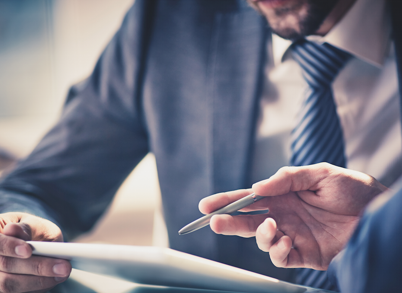 Groupe Audit and the entities composing its group do not yet at the time being have to establish a transparency report to comply with the provisions of article 40 of the European directive on legal control of accounts.

Management believes that it is appropriate to establish a transparency report for the well-being of our existing clients. As well as for the company’s ambitions and development in order to give clients, third parties, partners and correspondents a clear view on the key characteristics of its organization, ethical references and the specificity of its practice model.

Groupe Audit - Constantin - Serval & Associés is an integrated network that intervenes only in countries that comply with and accept the rules of OECD, where legal systems operate and / or the majority of the economic activity and the majority of enterprises operate freely and without contact with whatever kind of financial or business corruption exists. It also limits its territorial scope so that the selection of clients is possible without any deficiency towards this compliance and remediation can be considered if discovered.

All above mentioned entities can fulfill services in their respective countries, and are subject to some restrictions such as countries corresponding to the zone to which their registration belongs (European Union or ASEAN). They are linked together by a network agreement that commits them among other constrains to work according to IFAC code of Ethics and subjects them to the same rules of quality review, pool their methodological basis, and comply with the same ethical internal policies as if they were all located in the same place.

The group will publish consolidated financials for 2016. For 2015 main financial aggregates were as follows:

The group follows procedures of client’s acceptance and uses a global software intended to locate any possible breach of independence or conflict of interest.
Each engagement partner and manager is individually committed with regards to both the Group’s global Ethics policy and the assignment regarding independence and absence of conflict
The group pays great attention when analyzing the submitted audit files to independent reviewers so that it does not carry any risk, in terms of technical or reputational risk.

Absence of legal matters that can disturb reputation, group equilibrium, or threaten its independence

We do not have any information about legal matters that may exist or could be opened that may jeopardize the quality of our signature or reputation.

In order to comply with professional IAS or GAAS rules for audits, audit files are checked by an internal quality group that guarantees the correct documentation of our opinions. The quality control system comprises a hierarchical control as well as intervention of professionals from outside the group.

Ethics, standards and independence are old songs in the professional literature in general, of professional bodies, surveillance authorities and standard setters more specifically. The excessive repetition of these words withdraws to most of their own strength.
To avoid such a perverse effect in a context where the public witnesses the fatuity of such good intention, only a voluntary policy to reach the effectivity and efficiency value goals can be followed. In this respect, the Group believes that if such wordings can be used and are necessary, they are often far away from their meaning in field realities and transactions conducted by the audited clientele especially when considering the prevailing institutional environments. This situation adds to the discredit in which the public holds the audit profession in many countries.
The group believes that only moral and technical education within the sociologic environment can contribute to winning the challenge. To insure our growth, we only hire current and future management who have graduated from engineering schools or have earned MBAs from prestigious universities or the international equivalent. We emphasize recruiting from those schools with limited numbers of students where pressure to recruit does not exist and where tuition fees are not criteria for attending.
Adapted merit and competence fitting the requirements as well as taking professional exams and prior experience in a public service context are just prerequisites requested from candidates. Additionally, capability to communicate orally and in writing in the vernacular used by the audited persons, enterprises or authorities is requested. French, German, Mandarin and English are requested from any candidate when unsure if they should learn Mandarin for Asia or German for the United States or Europe.
By exception, candidates with wide experience but without aforementioned criteria can be hired from other recognized professionals whom are known for training their staff very well.

The group is a member of the Forum of Firms “FOF” (a IFAC arm see site) that is composed of 29 practices actively operating financial auditing for international entities. The goal of the” FOF” is to improve the quality of audits. Members firms commit to comply with IAS (international standards) for audits and with the IFAC code of Ethics Therefore, Groupe Audit – Constantin-Serval & Associés establishes a compliance report every year.

To assure independence of professional judgement, the directors’ remuneration is essentially composed of a fixed sum that may be slightly modified each year to which a variable part may be added, but it is never based on the margin realized with a client’s file. Furthermore, no partner is dependent of a reduced number of orders that would represent more than 5 % of the entity’s activity to which he or she is retied and to the section in that he has a role as animator, if he or she is associated partner or not.

Already signed audit contracts are presenting a strong positive outlook with first rank companies on an international level. The group leads major research activities destined to modify in substance audit procedures and their efficiencies, such as audit procedures still applicable. They are destined to move away from domestic procedures.

The group is publishing articles in financial press and publishing books with well-known international publishers about the evolution of rules that lead the financial world in particular, rules of accountancy records, supervision and reporting. That is how the group contributes to the performance of its clients and their financial security.

The English version of the book by JF...

"The great conversion", an analysis b...